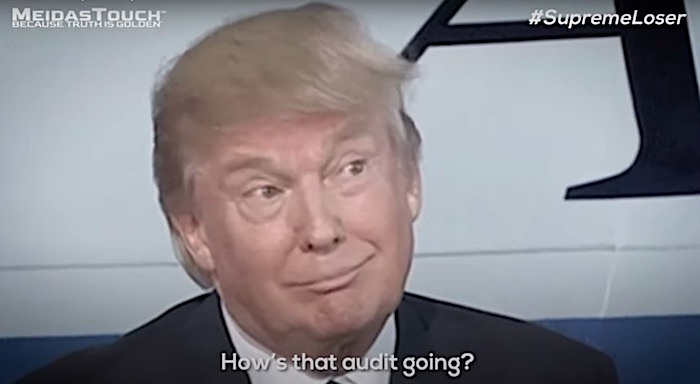 Yesterday, MeidasTouch released a video called "Creepy Trump," which highlighted Trump's creepy relationship with Ivanka and Tiffany. Today, the political action committee brings you Supreme Loser, which begins by reminding us how, in 2016, Trump said he was "absolutely" going to release his tax returns, but he couldn't while being audited. The narrator then asks, […]