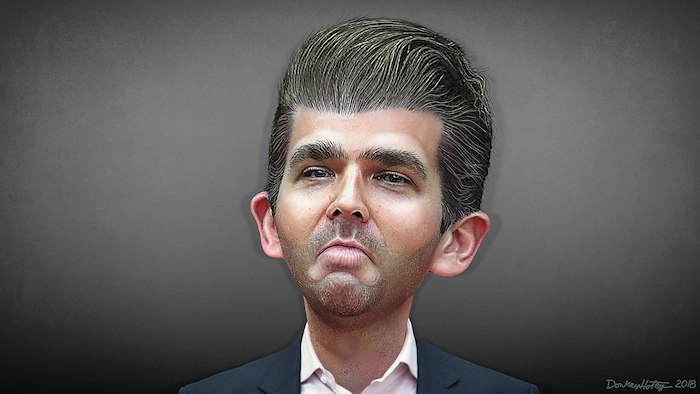 Trump Junior retweeted an article from the Federalist this morning called “Let’s Stop Pretending Every Impeachment Witness Is A Selfless Hero" about National Security Council Lt. Col. Alexander Vindman, who received a purple heart medal in 2004. Yep, from the boy (and son of Bone Spurs) who fled from his own book signing at UCLA on Sunday because he was afraid that his own fans were mad at him.

Of course it didn't take long for the Twitterverse to set things straight...

This coming from a person who had to run out of a book signing because people were being mean.

The boy whose family NEVER wore the uniform is attacking a guy with a Purple Heart.

How long did you serve in the armed forces?

From the family that thinks war criminals are heroes..

Vindeman only has a purple heart. If he were a real patriot, he'd have bone spurs. Right?

Daddy will never truly love you

Via HuffPost and Raw Story