How Ayn Rand and L. Ron Hubbard came up with their big ideas 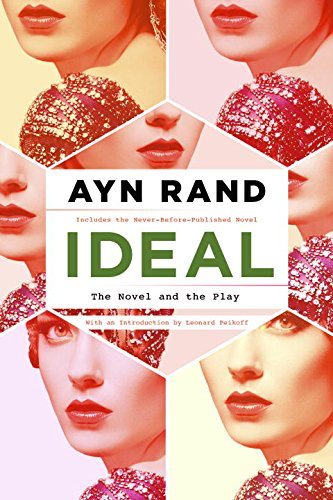 Jill Filipovic's review of Ayn Rand's posthumously published novel Ideal in Vice is less about the book than it is about the "socially awkward white men who seem disproportionately drawn to libertarianism" who admire Ayn Rand so much that they like a novel that Ayn Rand herself knew wasn't good enough for publication.

Like much of Rand's work, Ideal exists primarily as a mechanism through which to present a set of simplistic and self-serving philosophical statements. It's less of a novel than it is a list of ideas, the kind a stoner freshman who just sat through his first political philosophy lecture might doodle out: People are hypocrites. Religion is bad. Socialism sucks. Although one would hope even the stoner freshman would avoid sentences like, "He felt as if there was something—deep in his brain, behind everything he thought and everything he was—which he did not know, but she knew, and he wished he did, and wondered whether he could ever know it, and should he, if he could, and why he wished it."

To be fair to Rand, she knew the book was bad — so bad she never published it, instead reworking it for the stage, a form in which it was only marginally less bad. But there is a large and rabid modern Ayn Rand fan base eager to snap up a "new" title, and so despite Peikoff's own description of the book as "juvenilia," it is now publicly available to anyone who may want to read its (blessedly brief) 125 pages.

"I have no faith at all. I only hold convictions." Audio from interview conducted by Mike Wallace in 1959. (Blank on Blank)

Fanfic can take you down some peculiar roads. But in Mallory Ortberg's imagined Ayn Rand fanfic of Harry Potter and the Half-Blood Prince, the the tenets of ruthless self-interest are shouted to hilarious effect. Read the rest

Somehow, the ideas of objectivist posterwoman and noted anti-feminist Ayn Rand have found new life in the world of girl power brand merchandising. Read the rest

John Higgs, author of the terrific Timothy Leary biography I Have America Surrounded, wrote a side-by-side comparison of The Illuminatus Trilogy and Atlas Shrugged. Here are the first few items: