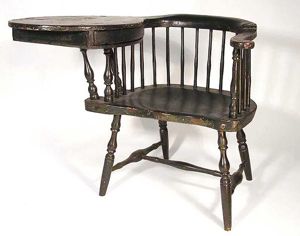 Small towns are the new (insert hip city neighborhood). It's all about "creatives" and money, isn't it? Sort of.

“In the last couple of years we’ve seen the rise of the exodus of big cities,” said Steven Pedigo, an expert in economic and urban development who teaches at NYU and directs the NYU Schack Institute of Real Estate Urban Lab. “Places are taking the ideas of what people want in urban communities, and smaller and suburban communities are trying to recreate this.” In the past few years he’s seen more people opt out of the less-affordable “superstar” cities and retreat to midsize and smaller cities, many of which have rebranded themselves and begun to attract new residents.

I had a disturbing thought the other day, reading a twitterer who is popular but on the margins of their profession and whose twittering constantly reinforces that self-branding: being a very online sort of person can signify low income and status.

Online is mostly celebrities and celebrants, the hardly trying and the trying hard, and around them is an increasingly disenchanted middle who can no longer find The Others online and whose interest in Being Online more than absolutely necessary is fading. No-one wants to talk about this, despite Having Been Online becoming a Richelieuan menace to professional wellbeing – so long as the famous still tweet, few will feel the ground shifting underfoot.

Which is to say, you shouldn't put roots anywhere you aren't willing to spend the rest of your life. Read the rest