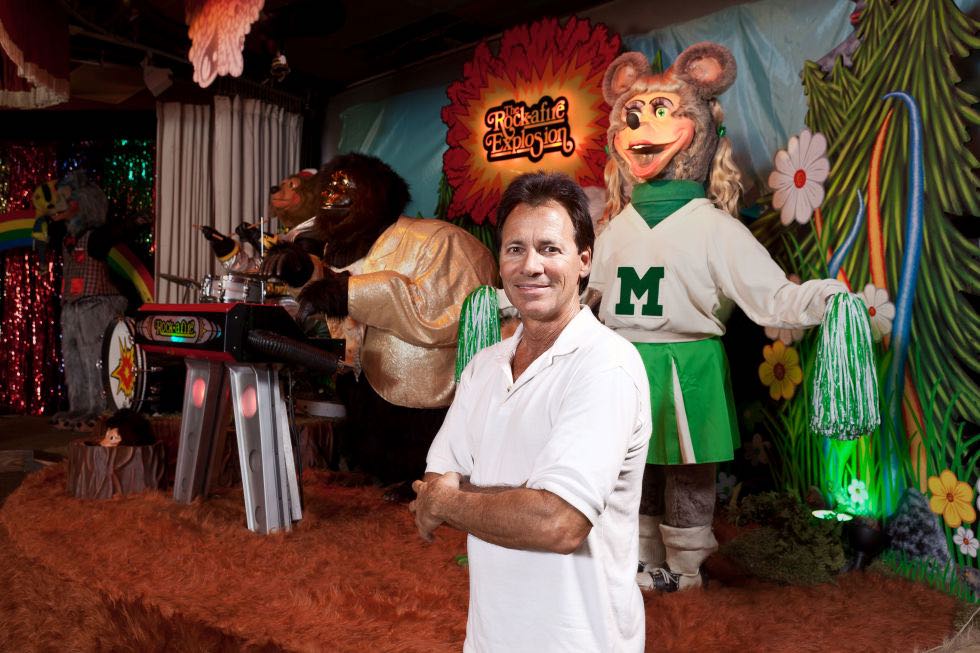 As Fechter promised, the game is mechanical. The player operates a giant rubber flip-flop while a mutated cockroach skitters underfoot. If you can step on the bug, you earn a point. If the bug escapes when you bring your foot down, the bug earns a point. I know from experience that the system has been wired with a jerking intelligence to randomly stop the bug's run just short of the target that makes this harder than it sounds, and after the bug has scored a few points against you, you'll find yourself sucked in. But nobody here will have that opportunity.

"I haven't slept," Fechter tells me, standing in front of this monument of a purple machine with an animatronic roach face hovering above the scoreboard and Billy Bob painted on the cabinet. There is a mania in his voice that I would blame on fatigue if I hadn't interviewed him before.