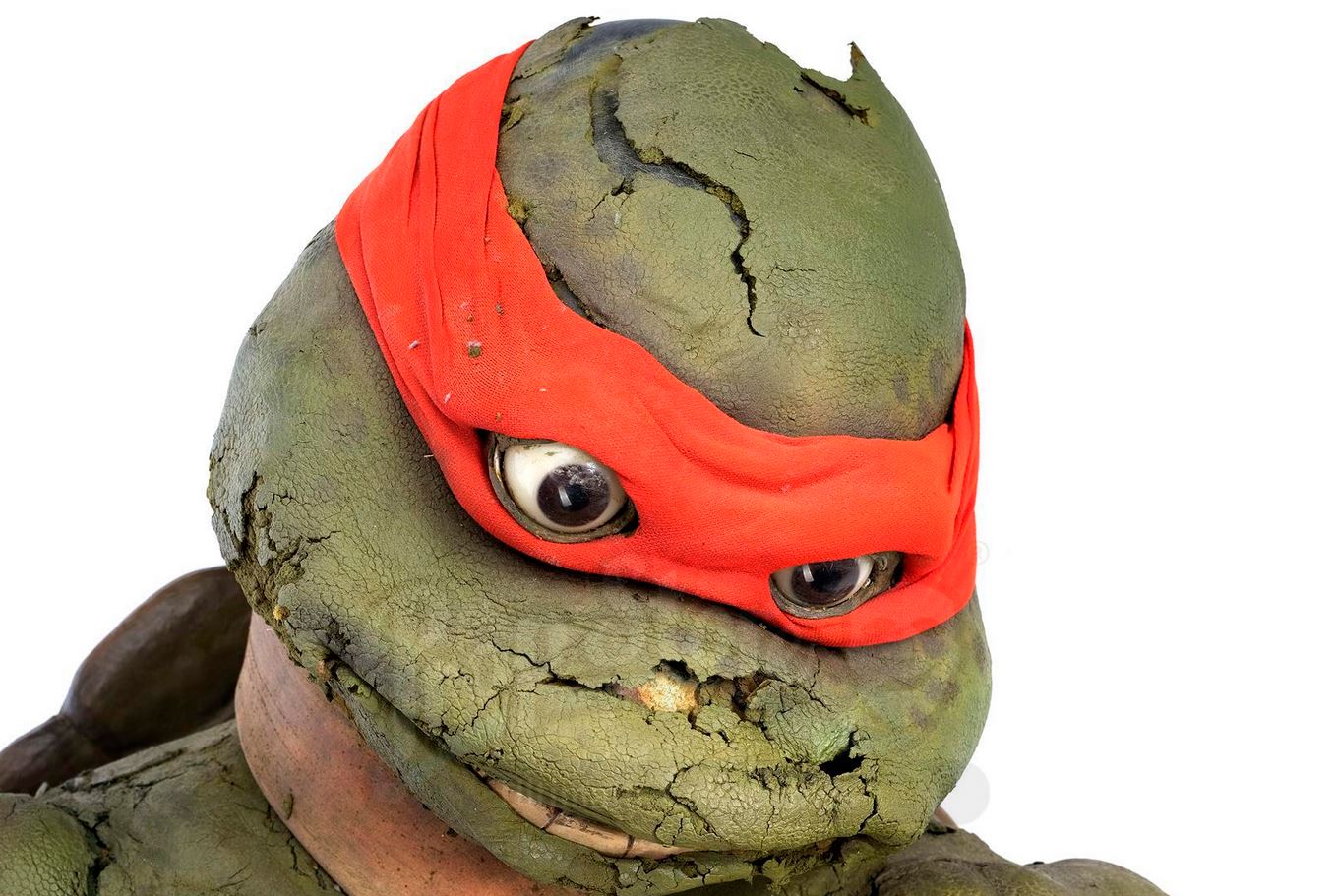 Last year, Leonardo was on offer. Today, it's Raphael, his dead glass eyes staring bleakly from his rotting latex form. The bidding estimate starts at $3,000.

The costume is in fragile and fair to poor overall condition. It exhibits significant breakdown to its foam latex elements from age and may require restoration to preserve it from further deterioration.

As with Leonardo, I have created a nice video (embedded above) of this decaying latex fursuit accompanied by the TMNT theme tune, respectfully slowed in solemn remembrance. 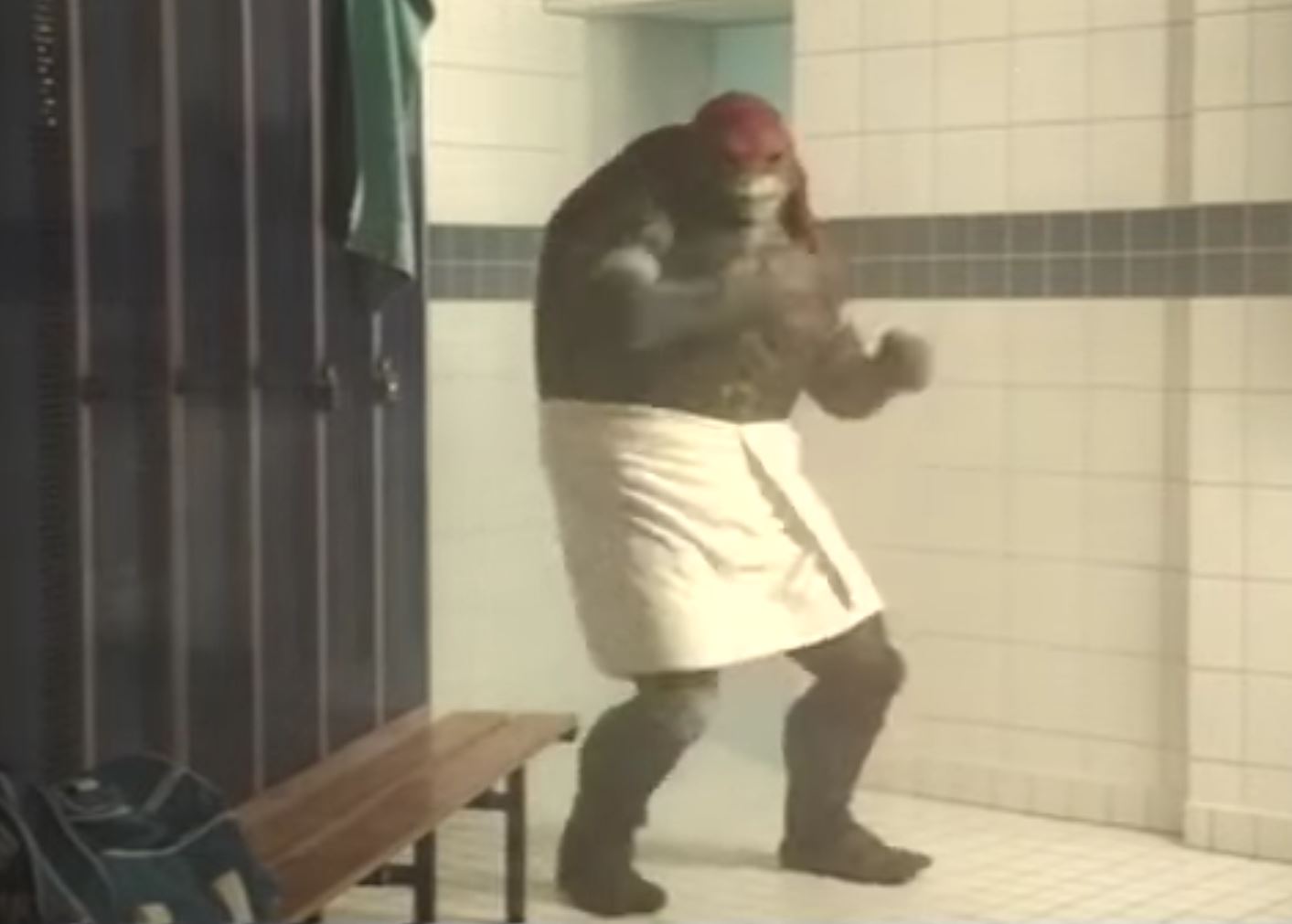 This ad features Raphael, the teenage mutant ninja turtle, brandishing pickles. It's not a perfectly on-model Raph — one commenter at YouTube describes it as "my sleep paralysis demon" — but he's perfect for the mood of the scene.

This is also a good entry in the history of advertisements described as "banned" that obviously haven't been banned. Read the rest

OH REALLY: Michael Bay and Co. are looking to The Avengers for inspiration on Ninja Turtles

It's no secret how I feel about the upcoming Michael Bay-produced Ninja Turtles movie. And despite the involvement of one of the Teenage Mutant Ninja Turtles co-creators, Kevin Eastman (a creative consultant), I'm just really, really skeptical about this movie. But Eastman says that the filmmakers are bent on making this something that we fans will accept -- and he's looking to the hugely successful, widely appealing cinematic style of The Avengers for inspiration. Is that so? Well, I suppose that if you consider that the Avengers movie didn't include a couple of the original Avengers from the Marvel comics, that's on par with completely changing the origin story of the title characters and turning them into different creatures altogether. Like turning Thor into Spider-Man. Something like that? No big deal. Read the rest

But this also comes with bad news, because there is apparently a synopsis floating around as well. It mentions the turtles "[coming] to Earth" with Splinter from their "recently destroyed planet." No. The only thing that should be coming from a destroyed planet to Earth is the ooze that turns the Earth turtles into the Teenage Mutant Ninja Turtles. Because those guys are from New York, thank you. The fact that TMNT co-creator Kevin Eastman is allegedly responsible for some of this script does not make me feel better. This reboot is definitely going to lead me into a What Ever Happened to Baby Jane? moment, I can just feel it. Read the rest