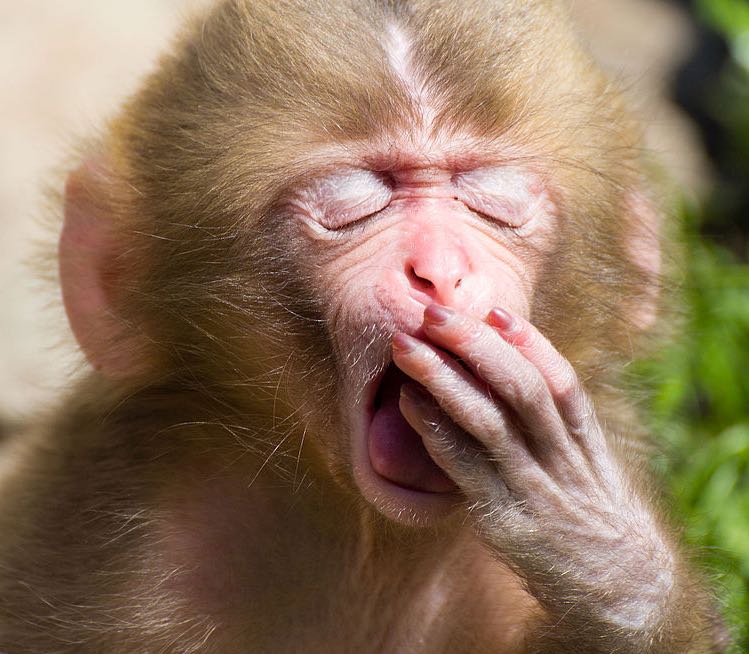 When you see someone yawn and then feel the urge to yawn yourself, it's a sign of social traits like empathy. According to new research from Baylor University, people who scored higher on the Psychopathic Personality Inventory test were less likely to "catch" a yawn. From Baylor University:

Based on the psychological test results, the frequency of yawns and the amount of physiological response of muscle, nerve and skin, the study showed that the less empathy a person had, the less likely he or she was to "catch" a yawn.

"The take-home lesson is not that if you yawn and someone else doesn't, the other person is a psychopath," (lead researcher Brian) Rundle cautions. "A lot of people didn't yawn, and we know that we're not very likely to yawn in response to a stranger we don't have empathetic connections with.

"But what we found tells us there is a neurological connection -- some overlap -- between psychopathy and contagious yawning. This is a good starting point to ask more questions."

And if you'd like to learn more about what makes a psychopath, I highly recommend Jon Ronson's excellent book "The Psychopath Test: A Journey Through the Madness Industry."