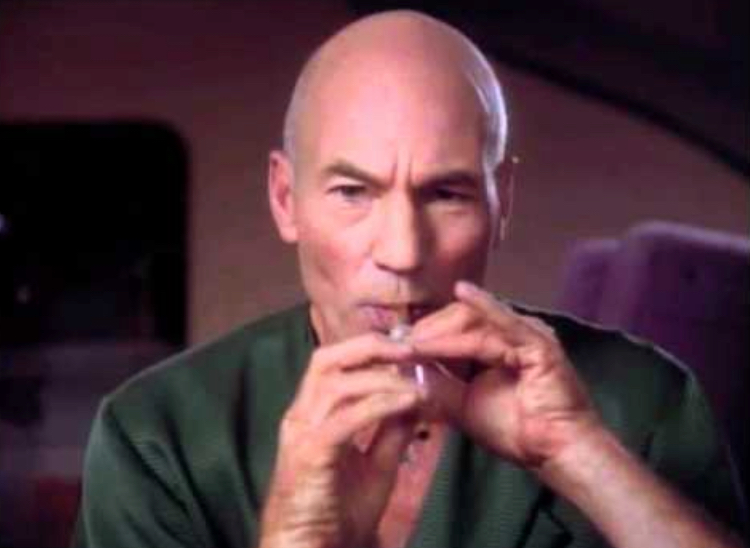 Sir Patrick Stewart doesn't play the Reskian flute, or any flute for that matter. The trick worked on me at least, because I hadn't noticed even after seeing this episode several times over the last 26 (!) years. From Wikipedia:

...As neither Stewart nor Hughes could play their instruments, it required a number of camera techniques to be used in order to disguise the musicians playing just off screen. Husband and wife duo Natalie and Bryce Martin played the piano and tin whistle respectively to portray Daren and Picard's abilities. Bryce had played his instrument to represent Picard's Ressikan flute since it first appeared in "The Inner Light". However, while Stewart did the majority of his flute fingering, he was doubled in several scenes by Noel Webb and John Mayham. Webb also doubled for Brent Spiner early in the episode when Data was playing Frédéric Chopin's trio in G minor.

In TNG, Picard has a flute he sometimes plays. The only problem is that Sir Patrick Stewart cannot play the flute. So they have someone else's hands pretend to play it while he makes silly facial expressions, and they dub in music later.Once you see it, you can't unsee it. pic.twitter.com/5dbtyvOqjy