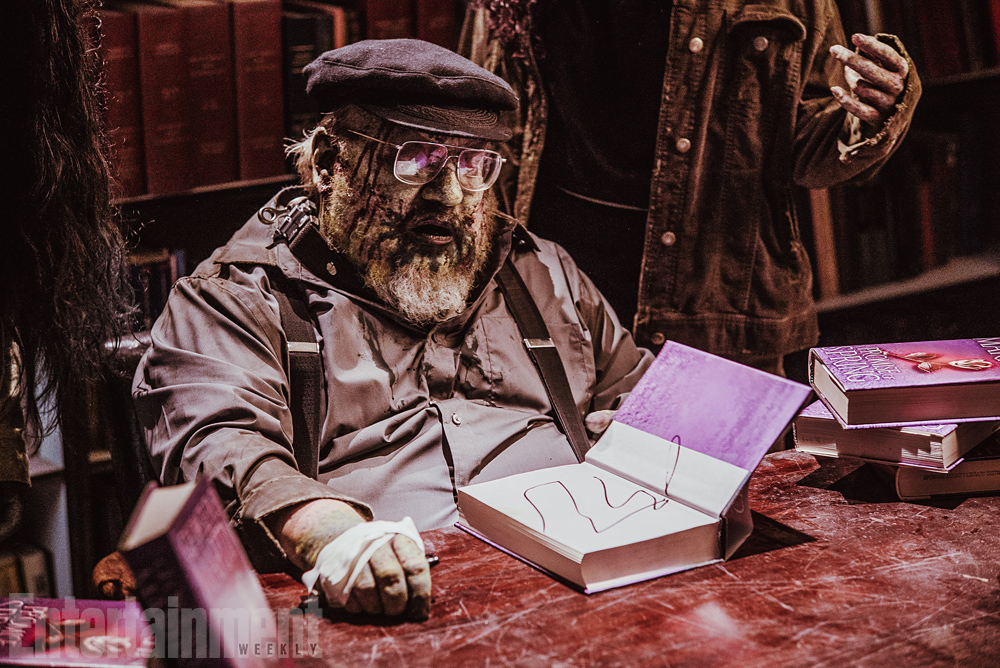 Nothing will stop George R.R. Martin from completing his Game of Thrones novels. But the author and fantasy/science fiction icon will show up in the eighth epsiode of Syfy's series 'Z Nation,' which returns to TV tonight, Friday September 11, at 10 p.m. In the episode where Martin appears, he has been imprisoned by a character known as Collector, who kidnaps celebrity zombies. Collector chains George to a desk for his own nefarious purposes, but evidently none of this gets in the way of George finishing the damn books everyone wants to read so badly. Read the rest