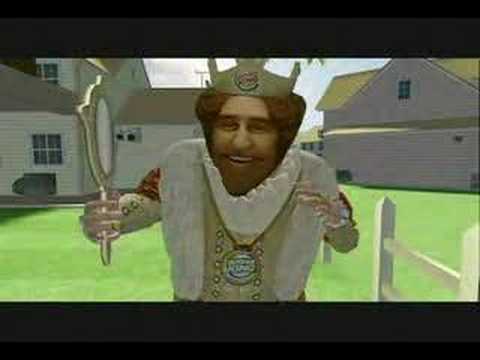 A gentleman was trapped in a Burger King restroom, forced to listen to the staff laugh at his plight. In compensation the local manager offered him 'meals for life' -- that's right, a lifetime supply of mediocre "whoppers" and some of the worst fries in fast food existence!

For a few weeks all was well, then a REGIONAL manager revoked this fitting reward, and the gentleman has been offered no other recourse than to sue.

We will be monitoring this case not at all.

Curtis Brooner was locked in the bathroom for more than an hour at a restaurant in Wood Village last month.

Brooner's attorney Michael Fuller told KATU that his client went to pull the door and it wouldn't open.

Court documents claim employees on the other side laughed at Brooner while he was stuck in the restroom.

The Burger King manager offered Brooner free food for the rest of his life should he come into the restaurant, Fuller said.

He said the restaurant did honor the deal for a few weeks, but then a regional manager reneged the offer.

"It's the principle," Fuller said. "The jury is going to enjoy it. There are funny elements of the case, but there is nothing funny about being locked in a dank bathroom for an hour."

Brooner and his attorney are suing for about $9,000, or the cost of one burger meal a week until he turns 72.