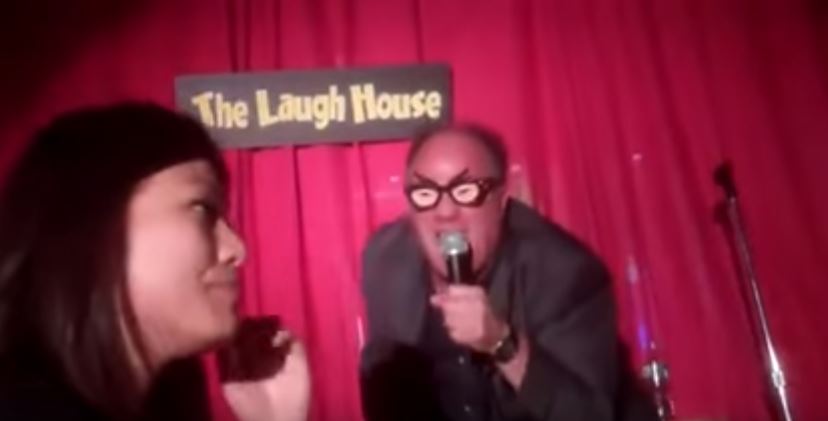 In this 2012 video, comedian Brett Eidman dons a mask depicting stereotypical Asian features, performs an Asian-themed routine, harangues an Asian couple in the front row, and is punched in the face. The video's gone viral overnight, years after the initial 15 minutes of infamy.

The whole thing was staged, but at the time it wasn't quite so obvious. Gawker tried to get the bottom of it, concluding that it doesn't matter whether it's a hoax or not: he's an asshole irrespective of how "ironic" his bullshit it. Rich Juzwiak:

If the punching video above is a hoax, fuck this guy. He's gloating while admitting that telling racist jokes is an asshole thing to do that will get your ass punched. It's also the worst way possible to launch a career: did this guy learn nothing from Michael Richards?

If this isn't a hoax, fuck this guy harder.

The clip is Eidman's only real fame, but he apparently makes a decent living in insurance and the comedy circuit and was profiled in 2016, by an acquaintance who reports being shocked to find him star in one of "the dumbest, most offensive pieces I’ve seen a “comedian” make", a "a shockingly unfunny character he says is based on infomercial personality Tom Vu."

Basically, Eidman doesn't get it. He thinks it's mocking racism; it's just a joke.

SPLITSIDER: Do you feel that this was an ill-timed bit? Like, in your mind, if you had done this 25 years before, would it have been successful? 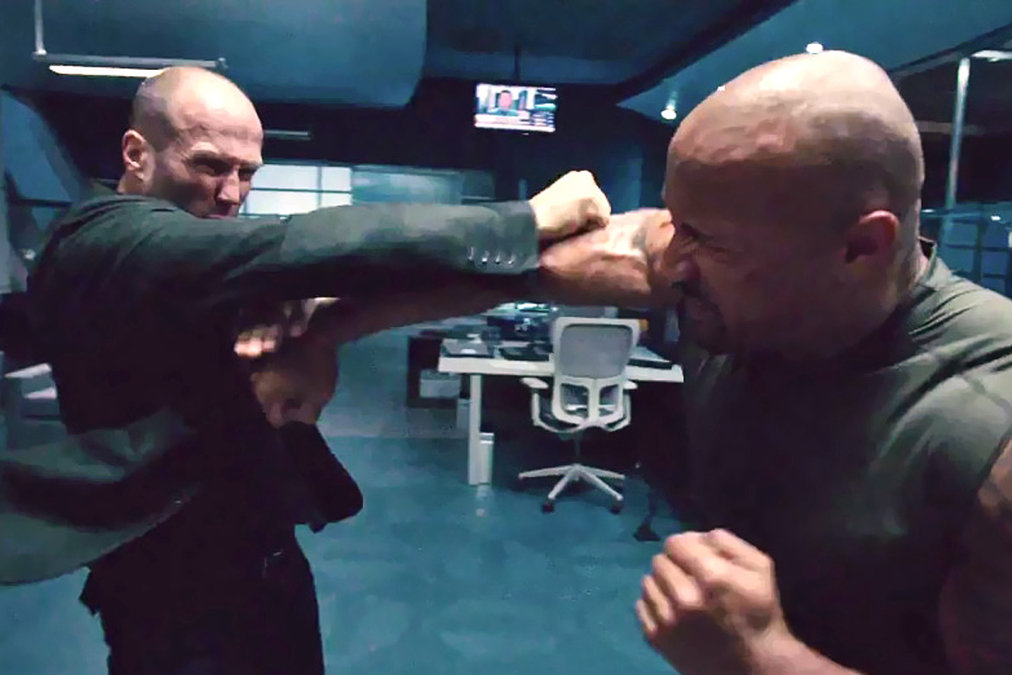 Matthew Haughey noticed that movies starring British actor Jason Statham, with only a single exception, sooner or later involve him punching someone. At Time to Statham Punch, he maintains statistics on the timing and circumstances of these punches. Read the rest