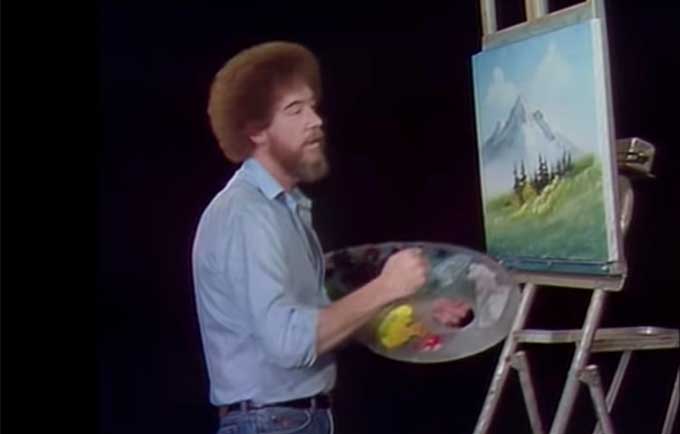 The best thing about being sick as a kid was staying home from school and watching Bob Ross's The Joy of Painting. I'm as impressed by Ross's skill and as entranced by his rap today as I was when I was 8 years old.

Karen Corday of Hyperallergic combed through all 403 episodes of The Joy of Painting on YouTube and found five episodes with inspiring Bob Ross pep talks.

A couple of examples:

“Let your imagination run wild, let your heart be your guide … In the time you sit around worrying about it, you could have completed a painting already. Let it happen.”

“People continually say, ‘I don’t have the talent to do what you’re doing.’ That’s baloney. Talent is a pursued interest. In other words, anything you’re willing to practice, you can do. And this is no exception.”